One thing people have always commented on is my characters. They are fun and stand out. To me, that is terribly important. I want to fall in love with the characters in a book.

I think someone who probably does the best characters ever is Joss Whedon. As you know, Will gave me the Firefly set before he moved. This is probably the best series ever for me. 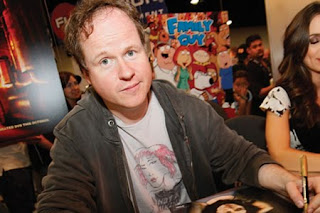 Now look at that sweet face. Who would believe he could come up with something like reivers? Yeah, I have to be careful which episode I watch before I go to bed.

The writing is spectacular. The premise is fun and the characters are unforgettable.

I love all the characters, but Jayne is one of my favorites. He’s also the one I hate.

That says something for the way the character was drawn. Here is this funny, kind of dense, big, brawny, good-looking man most women would lay out their last credit card for and yet he just makes me want to slap him at times. He can be really crude, which I don’t like, but more than that, when he turns in River and Simon in to the Feds. His redeeming moment is when he tells the captain not to tell the truth about what he did when Mal is about to let him go for a dive off the Firefly.

For all his faults, he redeems himself at that point and he gets to go back to his bunk. 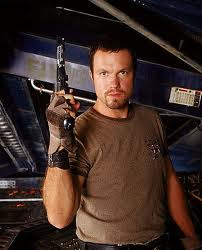 River can do anything. She literally a genius who can pick up anything almost instantaneously. She’s also a very flawed individual. Her mind is broken. She is terrified. And then you see little glimpses of a happy girl shine through. Best. Character. Ever. Whedon plumbed the depths of the human spirit with this character. 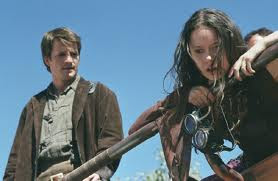 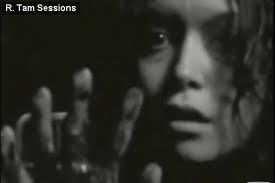 That brings me to something I’ve been wrestling with for Gen. I have a real problem with perfect characters. Gen is pretty. She has long, light auburn hair, big, very unusual ice blue eyes, she has a smattering of freckles across her nose, she’s small, athletic, and she’s a musician, in addition to all that, she has an innate healing skill, but she hasn’t learned how to use it. She’s basically a good-hearted and generous person. She, like all M’Eiryn, has a natural gift with horses. They are horse people born to the land and nomadic until they settled with the Tamarls. There are also hints she may have an unusual magical ability no one has fathomed yet. Part way through the story, she comes in possession of a sword with a spirit. It’s unknown if she will be the true keeper or if she’s just part of the sword’s journey.

There’s a risk of her being just too, too special. She’s small for her age and she’s only fifteen when the book opens. Even though the only thing she dreams of is being a Far Rider, or courier, with her aunt’s elite cavalry unit, she doesn’t know how to fight. She gets hurt a lot. She’s naturally a klutz. She’s kind of scatterbrained and is perfectly happy chasing butterflies with kittens. She’s indecisive. She knows she wants to join her aunt’s cavalry, but she also wants to please her parents, so she wavers. She has a temper she tries to keep under control, but she isn’t always successful. She has a knack for getting in trouble.

Her mother has spent the last year trying to get her interested in well-to-do merchant’s sons in the hopes her tomboy daughter will settle down, marry well and live an easier life. Gentyl discourages them with a variety of disgusting tricks.

Oh, did I miss the part about her being very creative?

For every awesome trait a character has, I try to give them something that tarnishes the shine a bit.

My rule breaker, so far, is Baroness Lucine Chastain. She is evil personified and she enjoys it. At some time a glimpse of her soft side will show through, but she is a true psychopath. What’s even more disturbing is I pulled much of her personality from a real person.

Even the demon lord Erokath has a softer side. He doesn’t normally enjoy torture for the sake of torture. He likes cats. He enjoys good food and sex…a lot. He doesn’t bat an eye at destroying an entire, gifted and ancient religious order. It’s just something that needs to be done.

Perfect characters, good or bad, turn me off very quickly. I’ve read one author, no I’m not naming him or her, a few times because they were highly recommended. Plot of book goes something like this. Fearless team is off on another mission. Evil RAWR forces are trying to kill them. They get into a fight where, invariably buxom member of good guy team is either fighting 40 men in armor naked or someone rips all her clothes off during the fight so she is naked and still defeats the unwashed, but fully armored masses.

Three attempts were enough. I won’t buy another one of them.

The secret, to me, of realistic characters is the balance between good and bad. They all have secrets. They have faults and strong points. They feel. They grow.

If anyone really wants to learn how to write interesting characters, I think spending a lot of time with Whedon’s characters is a good start. Don’t copy them, but study them. See what makes them tick. See how he reveals their secrets. They, like all good characters, are like onions. You peel on layer back and find another one.