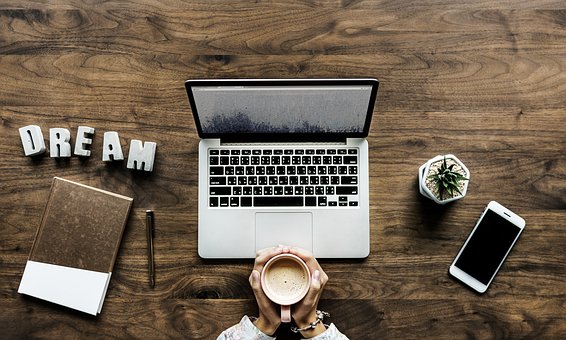 I had intended to add more about the social media portion of the 2011 Writer’s Digest Conference, but the tweets are unavailable now.

However, from memory, I’ll post a few things mentioned as well as my own thoughts.

One thing I noticed was many people feel establishing your online persona is imperative to a budding author.

Don Maass disagrees. He thinks writers can use blogs and various other social media to “scratch the itch” to write. As much as I enjoy writing, there are days that I’ve written a blog post and somewhere deep inside I feel satisfied. I shouldn’t feel satisfied about writing until I’ve actually advanced my WIP. It’s something writers should watch out for.

The other problem with establishing a social presence is the presence you establish.

Let’s take for instance Tina Stull, who twitters as @tinastullracing. If you haven’t had a chance to meet her, look her up now. This is a fascinating woman. She’s one of those women I think has a story to tell that people would read.

Anyway, Tina tweeted the other night, “Remember to say a prayer for those who are serving this country. They are in danger so we might sleep in safety. God bless them all.” She does this every night.

It got retweeted several times and an online astronomy professor with Drury University at Springfield, Missouri replied, “FUCK THE MILITARY! They volunteered! All they want to do is play war and kill. They don’t do shit the constitution does” Via @astronomy_teach. Several people were upset about his rant which not only included that but several other eff bomb-laced remarks to people who responded to him.

Oddly enough, this esteemed professor was also involved with a mentoring program with NASA and was responsible for teaching 60 young children.

The university responded on twitter ” @tinastullracing We are aware of @astronomy_teach‘s statements. In no way do his views reflect those of Drury. We are handling internally.”

The professor locked his social media accounts when it all hit the fan and I’m sure he was busy deleting all his posts about how crappy his job was also.

So, what’s the moral of the story? If you’re going to establish an online presence, think carefully about what you want that presence to say. If you’re a writer, you want to send the right signals to not only those in the publishing industry who might be involved with your career, but also your future readers.

I’m not saying you can’t express your opinions about things. That’s your right.

It’s no secret I am rabidly pro-troops. I will do whatever I can to help our service people. If that’s a problem with some people then so be it. I’m not changing that.

I’m Christian. I make no secret of that, but neither do I force my beliefs on others. I simply am.

Here’s what you need to think about, however. When you put that opinion out there in cyberspace, it’s there forever. Even if you delete it, there’s a chance someone copied it, screen-shotted it or rebroadcast it. Note the example of the professor above. Even after he tried covering his tracks by locking his accounts, others had already taken screenshots and retweeted them. His little rant will be around forever.

I don’t know what the best way is to establish a pleasing online persona, but here is what I try to do.

2. Be yourself, unless yourself is really grouchy.

3. Try to amuse people without trying too hard. Fawning and trying to be humorous when you aren’t is easily seen as someone trying too hard. However, people have their own problems. Everyone does. It’s all right to post something serious or even sad at times, but a steady stream of it will turn people away.

Will got talked into going to see a Twilight movie. Later he was grocery shopping with Logan and the baby was fussing about something. Will told him, “Son, you can grow up to be anything you want in life except emo like Edward.”

So it is with you. Leave emo to others.

(Obligatory picture of Will and Logan)

4. Think twice before you hit send. Once you do, you’ll have to live with it.

5. Be the kind of person you’d like to be around.

If I’m in a grocery line at the store and I notice someone who looks tired or lonely, I visit with them. If it’s an older person, I compliment them on something. That elderly lady in the bright purple dress probably hasn’t had anyone tell her how pretty she looks in a long time. It’s the same in social media. It only takes a moment to comment to someone and raise their spirits. It also only takes a moment to make a cutting remark that ruins their day. Be the person who raises the day to a new level.

6. If you’re a writer, make sure you have something valid to say about writing before you blog about it. Nothing irritates me worse than to have someone send me to a blog for great writing advice and it’s totally erroneous.

7. Enjoy yourself. Social media shouldn’t be a second job. Having a fun blog with one hundred readers isn’t going to make you a successful writer. Being a great writer will get the attention of agents and publishers. Social interaction will help you reach out to prospective readers and enhance your market.