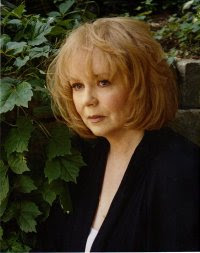 I had the pleasure of visiting with Sara Lynn Sanders recently. I say this sincerely. I went into the interview as I always do with a list of questions to ask, fully prepared to dig around for the interesting tidbits. My list of questions is still sitting here with blanks next to them, save one, because Lynn was so open and fascinating, they were completely unnecessary.

In case you aren’t familiar with Lynn, shame on you if you aren’t, she is an extraordinarily talented photographer, artist and author.

Here are just a few samples of her work you might recognize.

In case you’re wondering, here is the solitary question on my list I asked, and I always ask this one. How did you get started?

“My father was a railroad man, but he was also an artist,” replied Lynn. “He was really quite talented and worked mainly in charcoals. He bought me an easel to set next to his and we spent the hours creating and visiting. My mother and grandmother were also very artistic, so I was surrounded with all these imaginative people.

“I was born July July 11, 1941, a few months before Pearl Harbor, so I guess that makes me a pre-baby boomer. I was a young wife with babies and like all mothers, I wanted portraits of my children, but I couldn’t afford them. Back then the photographers did black and white and hand-tinted the photos. The photographer asked me if I’d be interested in trading some photos for hand tinting. I jumped at it. It was the perfect job. I loved art. I could stay at home and take care of my babies and get some photos and make some extra money.

“I opened my own photography studio in the 60’s. By the time color film arrived in the 70’s, I’d tinted thousands of photos. I knew all the planes and proportions of the face. It was a real education in portrait painting.

“Things took a dramatic change in 1993. I went to a Medieval Times show with some friends and we went down to meet our knight, Cherif Fortin, afterward. He was very entertaining and fun in the show. Then I saw him up close and thought, ‘Oh my God, that face.’

“I told him I was a photographer and I’d like to do a shoot of him since I assumed he was a model. I thought I could do some more shots for his portfolio and maybe do some things with my photography. He said he’d thought about modeling, but hadn’t really done much with it. I gave him my card and told him to call me. To my surprise he drove 1/12 hours to see me shortly after that and I shot forty-eight pictures. Even more surprising, they were all great. Everything he did looked great to the lens. I paid him a modeling fee and started entering the photos in competitions. I won every competition I entered with a Cherif photo.

“We did more photos and I noticed him doodling when he was talking on the phone or taking a break. They weren’t ordinary, though. He had real talent. I asked him if he was an artist and he said he wasn’t, but the talent was definitely there.

“About that time I was also selling backgrounds to photographers. I tried to get my kids involved, but they weren’t interested. I had a big contract, but I knew I couldn’t do it alone so I asked Cherif if he wanted to help me.

“He said sure and jumped right in. Luckily, he learned quickly and had a lot of energy in his work. That was lucrative work for us, but it was also very time-consuming and hard.

“I kept thinking there had to be something more we could do to promote Cherif’s look. To me, he looked like he belonged on the cover of a romance novel. I asked him if he was interested and he was agreeable. So, we knew what we wanted to do, but we had no idea how to do it.

“How does one break into the romance market?

“I went to the book store to look at romance novels and happened to notice the Romance Times magazine. I bought it and found out about a Romantic Times conference. I knew enough from going to photographers’ conventions to know there must be something similar in publishing. I booked a room at the RWA conference hotel. I didn’t really know where to go from there, but I hoped to make some contacts there or at least find out how it all worked.

“Steve Sandalis was there as the Topaz Man and he had a table set up where he was selling photos and autographing them. As I said, I wasn’t sure what to expect, so I didn’t buy a booth, but I did bring 48 of Cherif’s photos.

“I was sitting on the couch with some of the photos, chatting with some girls I’d met there. We had the pictures out looking at them and women kept stopping buy, asking if they could buy them. I told them I couldn’t sell those and finally I started taking orders from them. I sold eighty photos off the couch at $10 a piece.

“I knew then we were on the right track. Cherif had that look women wanted. Marsha Canham and Virginia Henley really wanted him on their covers so they went to their publishers and got him. That usually doesn’t happen. The first cover we did was Marsha Canahm’s BLOOD OF ROSES.

“Both Cherif and I liked to write also, so we thought, let’s put this together and sold PASSION’S BLOOD in 1989. It republished in 2009. It’s an unusual book because it’s illustrated in the lush way they used to do. That’s too expensive to do much now, but it makes such a beautiful book. Now they’re looking at bringing it out as an e-book.

“Cherif and I still work together. We’ve been working on a vampire project. Plus, I write poetry and children’s books. I’d love to sell those.

“We’ve done so many photographs and paintings over the years. There’s really a wealth of material that’s never been touched.

“I’ve always loved the mask series. I’d love to do some calendars with that.

Maybe one of my favorites is the purple shirt series, but it’s hard to chose. I love them all.

“My mother was very ill for a long time. She didn’t want to go to a nursing home and I didn’t want her to go, so she came to live with me. I loved being able to make her comfortable in her final battle, but it took its toll. I’m completely out of the loop now and I’m trying to rebuild my contacts. Art is still dear to me, but the children’s work is particularly fulfilling, both the writing and the illustrations. I have my own grandchildren and, of course, Cherif’s children who are just like mine to inspire me.

“Cherif became a fireman and injured his back three years ago. He’s trying to re-qualify for the fire department again, so we’re both working our way back.”