There’s an old joke about two bulls standing on a hill, looking down at a herd of cows. The young bull says, “Let’s run down and breed a couple of those cute cows.” The old bull replies, “Let’s mosey down and breed them all.”

A couple of years ago, a new writer joined a writer’s group I belong to. She was young, enthusiastic and filled to the brim with confidence. She had some writing talent, but it was pretty raw and often her submissions set my teeth on edge. When the rest of us critiqued her work, she either became defensive about it or pretty much ignored our suggestions. I think she did take some advice, but, for the most part, I thought it was a waste of time to give any constructive criticism.

She poo pooed the idea that queries were hard to write. Not for her. She loved writing queries. Synopsis? No problem, they were a snap.

She had, if I remember right, twelve projects she was working on. All of us old fogies suggested she pick one work and stay with it. She couldn’t do that because she had so many wonderful stories fighting to get out. I told her to jot down her ideas for future work and then go back to work on her main WIP.

I can almost hear her trilling laugh when she read that. “Oh, you wouldn’t understand. I have to work on them all as the muse strikes me.” 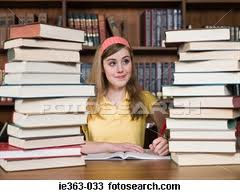 In other words, how could I, a mere mortal, understand what it feels like to have more than one brilliant idea at a time? I have three WIPs now. For me, the other two projects are what I work on when I’m so frustrated with main pain I want to toss it in the trash. I work on something else while my subconscious works on the problem child and then *poof* the answer pops up.

Oddly enough, I think most writers have more than one story simmering at a time. A writer’s mind hears or sees something and it triggers the “what if” syndrome. What if that interesting looking lady over there were a spy who was hiding information at the bottom of that pile of apples she’s digging through?

That’s how DANCING HORSES came about. I read a news article about wealthy jumpers, including an Olympic rider, who were paying to have their horses murdered for the insurance money. I took it a step further. Would it be possible to do the same to cutting horses? Why would someone do it? How would a person find out? What would the real reason be for a wealthy person to have these champion horses murdered? All the whats and whos and whys turned into an interesting cowboy suspense.

But, back to Miss Sunshine and Rainbows.

It’s been a while so I may be off on this, but one of her speeches was to the effect that she would make the NYT best seller list (I distinctly remember her saying this) because she had a vision and unlike us, she wasn’t going to give up on it until she made it. This affirmation came about because some of us old warhorses, advised slowing down, perfecting her craft and being realistic about her goals. We were doomed to failure and defeat because we just didn’t believe hard enough. Poor Tink. 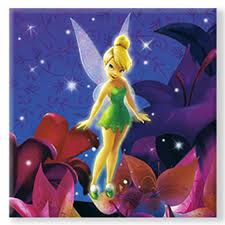 I’m a firm believer in the power of positive thinking. Read some of the stories about Vietnam POWs who were kept in tiny cages and returned home improved athletes. Many of them, to preserve their sanity, imagined playing golf or baseball for hours on end, day after day. They envisioned themselves making perfect catches, hits and swings in their mind until it was engrained.

Gary Leffew was a world champion bullrider and is a well known rodeo coach. He didn’t grow up on a ranch. He didn’t start out mutton busting. He was a long-haired hippy. He went to a rodeo with some friends and someone dared him to get on a bull. He did and he was hooked. Being hooked, and hooked by bulls, isn’t enough, however. 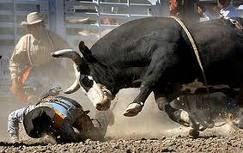 He was getting cow killed just about every time he got on. My husband traveled with him for a long time. Don said Gary started reading everything he could about positive thinking and training your mind. Gary was probably one of the first rodeo cowboys to actually apply a scientific approach to riding. 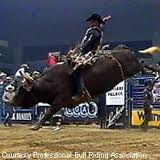 He backed up the mind training with body training and lots of perfect practice.

There’s a little caveat that should go behind that. Perfect practice. If you practice doing something wrong over and over, you’re still not going to improve.

So, as writers, we have to keep a positive mental attitude, but we also have to keep one foot firmly planted on the ground. Sending out a query letter stating you are going to be the next Tolkien isn’t going to impress anyone. Believe it all you want, but remember actions speak louder than words. Don’t tell people you’re a great writer, show them.

Slow down and learn your craft. Never stop learning. Practice doing it right.

Stay out of the “House of Pain” by learning to do it right.

We need to set goals as writers. Break the bigger goals down into smaller, achievable goals. Take your time and build your foundation, one block at a time. It’s possible you may have a New York Times best seller, but it’s going to take more than believing. The believing has to be back up with a whole lot of baby steps to get there.

Instead of running down the hill to breed a few cuties, let’s mosey down and breed them all.