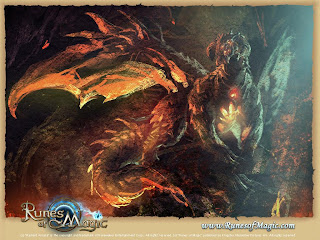 Years ago, we had a school project to make a picture using different kinds of seeds and beans. I sketched out my scene, a cowboy riding a bucking horse on the prairie. Then my step-mother took me to the store and we bought all kinds of beans, seeds and spices to make my scene.
I dyed rice to make various colors we couldn’t find. I even wanted the sky and clouds to be various shades of colors to add depth. I added the seeds to the picture with glue and tweezers. The dyed rice for the sky even had a movement to it.
I used poppy seeds for the dark shading on my brown horse.
It was turning out beautifully, but it was also time consuming. Instead of just dumping different color beans and seeds in various blocks of colors as most of the students did, I made each seed go exactly the place it was supposed to be in the right direction.
The project was due the next day and I still had a spot about 2” x 2” of sky to be filled in with individual grains of rice. I had to give up and just pour the glue in and dump some rice in to fill the hole.
The teacher was amazed at the picture, the shading and depth, and the “movement” I achieved. She was equally aghast that I had ruined it by dumping rice in the last spot. She said she would have given me another day to finish it so I could do it right. Well, of course, I didn’t know that and I was all about following the rules.
I’ve thought about that picture a bit lately. I saved it for a long time, but it got lost in one of our mad dash moves my mother was famous for. Still, I can see the horse. He was a brown Appaloosa with a blanket butt. I can see the sage brush made out of parsley and the multi-hued blue sky. As vivid as all that is, it isn’t as memorable as the clump of bunched up rice in the middle of hundreds of precisely arranged grains.
I typed “The End” again last night. Now, granted, I was tired and kind of whizzed through the last two scenes that were very emotional, but I got the bones down.
I like this ending a lot better. It brings back a character everyone loves. It brings in a lot more emotion. It wraps up the events of the story. It doesn’t solve all the mysteries, but it wraps them up to be reopened at a later time, or not. It goes a lot deeper into the main character’s journey. She discovers that war isn’t the heroic tale bards sing about and she discovers it really doesn’t matter if people approve of her.
The three previous endings were terribly dissatisfying. I blame that on word count panic. Hurry up and get to the end without adding a single more word than you have to.
The endings were kind of like that clumped up bunch of blue rice. They filled in the hole, but they weren’t very satisfying.
One of my friends said once an ending should not only be the end of the story, but it should also be an invitation to the reader to join the next adventure.
Hopefully, that’s what this new ending does. It says thank you to the reader for following this adventure to the end. It invites the reader to sit down with the characters and drink a beer in a cheery roadhouse and think about all the wonders. Then, one of the characters gets a twinkle in their eye and says, “I think I know where the dragon hides. Do you want to come look with us?”