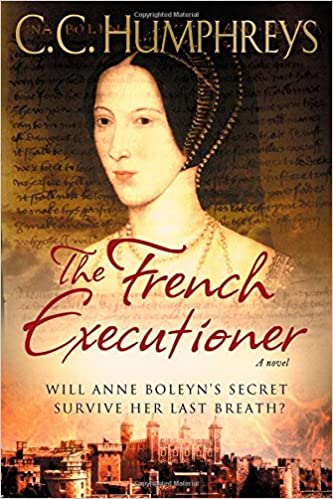 To writers, and I fancy myself to be one, good openings are the holy grail. The rest of the story has to hold up, but I want an author to grab my attention immediately. I don’ t necessarily mean drop me into the middle of a fight scene. Too many people think you have to start with action. You don’t. You have to start with an interesting voice.

Chris Humphreys’ voice in The French Executioner ensnared me from the beginning. How could it not?

It was unseasonably cold for a late May night, but the gibbet’s former occupant was too dead to care and his replacement too unconscious.

Who is the replacement and why? A gibbet is a terrible way to die.

The following pages only support my first thought, “this is going to be interesting”. Then, when the arch bishop and his henchmen leave and the mad gibbet keeper scampers out of a pile of refuse to dance around the new occupant and beg him for a story, Humphreys has me.

“Make it dark, make it grim, make it tough, but then for the love of God, tell a joke.”–Joss Whedon.

Mr. Humphreys has been paying attention. I couldn’t help but laugh at the odd character and be dismayed at the same time that our poor hero’s fate rested in the hands of this lunatic with his pet crow.

Jean Rombaud is one of the best. So, when Anne Boleyn is granted a last boon by Henry VIII to have a French executioner, the grim task falls to him. Rombaud takes his work seriously and follows a ritual with each of his clients. He prefers not to call them victims. He meets with them beforehand to get to know them and answer any questions they may have. They are assured he will do his best and they will not suffer.

He’s seen it all, terror, false bravado, unacceptance, but he’s never encountered a woman like the queen. She seems more concerned about him than herself. She jokes, she walks with him, she reassures him all is well. Then she extracts a vow. Take her six-fingered hand and bury it at a sacred crossroad in France. Do not allow it to fall into the grasp of unscrupulous people.

That is exactly what has happened at the opening of the book. Rombaud successfully removed the hand and retrieved it, he thought unseen. Archbishop Cibo saw it and now he has the hand. Rombaud has been left to die in a gibbet and his fate lies with the madman who wants a story.

The story, Anne’s story is enough to win his freedom and the pair set off to recover the hand. Cibo, who is convinced the hand is the key to eternal life, isn’t about to give it up easily and is willing to destroy anything and anyone to unlock the secret.

Rombaud gathers two other travelers along the way to complete the quest and each character is as fully realized as the previous with their own demons to face and battles to be won.

Humphreys’ attention to historical detail is sumptuous without feeling like you’ve been dropped in a history class. This is hard to pull off as too many authors want to include every cool detail they run across and wind up with a hodge podge of semi-interesting tidbits loosely connected by a vapid story.

If I could give this ten quills I would, but my rating only goes to five. Five quills it is.