(I posted this on the 29th, but it was about 5:00 in the morning and I literally couldn’t see the words to fix glaring errors. So, now I am reposting it.)

Do your duty in all things. You cannot do more, you should never wish to do less

As you might have noticed, I’ve been thinking a lot about Lee lately. He is probably one of my greatest heroes and a fascinating, tragic man.

Lee was devoted to honor and duty. His loyalties were legend. He always wanted people to do their best and led by example. He graduated from West Point with no demerits, an incredible feat.

When I think about my dream home, I quite imagine it will have paintings of Lee and J.E.B. Stuart in it. I had a hallway set aside for these portraits and an antique buffet below them where I could place some converted kerosene lamps in the old house.

I think in some ways, I could find an agent for Paladin with just a bit more poking and prodding. However, I see details of the story in my mind, the way I envisioned how the house would look when I finished it. I know what Paladin is supposed to be and I don’t want to settle for less.

Writing this book has been a lot like building that house. I had to gut it to the outside walls so we could rewire it. I discovered heart pine boards under the sheetrock, so I tried to salvage those to reuse in the house. It took a lot longer to tear the house down that way, but the wood saved was worth it.

Since I had all the sheetrock and ceilings down, I decided to rebuild all the walls with studs on sixteen-inch centers. Every wall. That was a lot of tearing out and rebuilding. However, the structure was sound and I had exact bones to hang the rest on.

I’ve tried to write like this. The bones, the plot and structure of the story, must be in place. All the pretty in the world will not hide a weak plot.

I planed down all the heart pine boards, cut them to exact widths, dadoed edges on them so I could reinstall them correctly and sanded them. Then, in a fit of insanity, I decided to install them in an X on one wall of the living room. Actually, I was going to do all the walls like that, but I didn’t have enough lumber and Don was getting cranky about how long it was taking me. So, I did one wall with four sections of boards that had to groove together precisely and join exactly to form these diagonals. It turned out beautifully. The other three walls were sheet rocked and I did a smooth plaster finish on them and then painted them a buckskin suede. Yes, that Ralph Lauren paint really does look like suede. So much so, everyone who sees it has to touch it.

If I hadn’t been so exacting about the way the studs were placed, I wouldn’t have been able to do this as there would have been gaps where I needed support.

I laid the tile in the house, built the cabinets by hand, hung wallpaper and paneled, painted, stained, varnished and even did some plumbing and electrical.

In the master bathroom, I built a vanity that had two higher sections flanking the lavatory. I covered it with rosa salmon marble and stained the wainscot and cabinetry mahogany. The wallpaper was a taupe color with flowers and metallic highlights. I know it sounds gaudy, but it was very pretty and very antique-flavored. I ran out of wallpaper and it was a discontinued pattern, so I had to improvise. I painted a section above the bathtub taupe to match the wallpaper and cut out flowers from the scraps. Then I pasted the flowers in a large bouquet. It was beautiful and looked like I planned it that way. I installed some old fashion hanging lights. That was supposed to be my getaway place to take long baths with candles flickering on the marble vanity top and Celtic music playing in the background. Will and I joked it was my old lady bathroom.

The master closet was cedar-lined and large enough for me to install built in drawers and boot racks as well as put a dresser in there. All the closets were cedar-lined

None of the pretty stuff, the stuff that makes it convenient would be possible if I hadn’t arranged for a solid foundation. Once again, back to the plot.

The laundry room, I designed so I would have room to do crafts as well as laundry. It was wainscoted with a dark mauve paneling, trimmed with honey pine molding. The upper wall was papered with an antique advertising paper in sienna tones. At the ceiling was a border of Gibson Girl type advertisements in colors of rose, moss green, gold etc. Will helped me with every bit of the laundry room, including papering the ceiling with the embossed paper that looks like the pressed tin ceilings. We both agreed we were not wallpapering any more ceilings. I had already planned on putting in the real tin ceilings in the master bedroom, kitchen and dining room, but that definitely made up our minds.

I’ve been reading through Paladin lately and I realized I do like the plot. It’s complicated enough to keep a reader’s interest. It’s not so convoluted they feel like they have to keep notes. It’s playful enough to keep you happy, kind of like the old lady bathroom or the laundry room decorated with washboards and antique irons.

I wainscoted the main bath and did the marble tile on that vanity also. I found a damaged grapevine wreath at Michael’s, bought some silk flowers and made a nice wreath to go in there. Put in extra cabinets so there would be lots of storage and wainscoted it. All the woodwork was in a mahogany finish.

I built transoms going from the kitchen into the three different areas. They were going to have carved glass in them or stained glass if I really got ambitious.

The house had nine-foot ceilings so I built custom cabinets in the kitchen. The “regular” size upper cabinets had tin inserts and I was doing a marigold punched tin design in them. The upper row of cabinets have glass inserts and are wired for lighting so I could put china and crystal up there and be able to accent it. As I said before, I love the little Degenhardt chicken and bird with berry and the Boyd swan salt cellars. I installed glass shelves in the window above the kitchen sink so in the afternoon, the sun shined through them, making it look like stained glass. 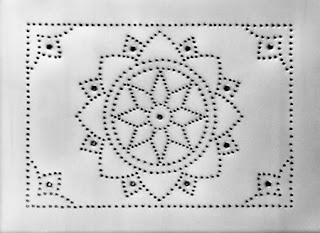 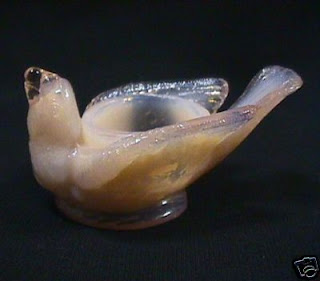 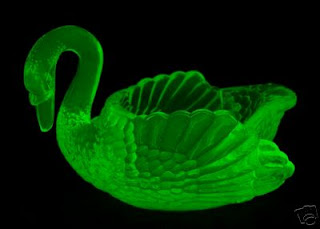 The task now, is to clean up the construction mess and finish the details. I found some 90 ounce carpet on sale and got it for a third of what it normally sells for so all that is left is to get it installed. I’ve already tiled the other rooms. The hard part is done. The house is there, everything works. The water runs when someone turns on a faucet. The lights turn on. The doors and windows close.

So it is with the manuscript. Just about everything works. I’m having to change a few things because I cut some stuff in the slash-and-burn process that left some dangling ends.

It took six years to get the house to that point. It seems like it’s been as long on this book at times. Anything worth loving is worth spending time on. It’s worth doing your best.
I have to admit, knowing I had two agents and an editor who invited me to send pages has made me antsy. I know what the chances are slim that they will pick it up, but I also feel someone will. The right agent and the right publisher will click with it.

It’s worth taking that extra effort to make it right and not just make it done.