Awhile back, I did a post on social media. I think Twitter is a two-edged sword. If you’re someone like @BethShope, it can be a great thing because she’s just a class act at all times. If you’re someone like me, it’s probably not so great since I tend to be opinionated. As aspiring, published, or dead writers, we should strive to maintain a certain amount of decorum.
In a writer’s chat a few weeks ago, I finally had to ask one woman what her avatar was. Bear in mind, this woman desperately wants to be published, don’t we all, and she was actively engaging a number of agents. Even after I enlarged the avatar, I wasn’t sure what it was, but it was unappealing.
“That’s my stomach when I was pregnant with my son. I wasn’t sure the tattoo around my navel was going to survive.”
Here’s a hint, avatars are a little thing, but that is the image you are putting out to the world. If you’re a writer, you do things like have a professional email rather than Ihazbigboobs@something.dotcom. You don’t have an automatic signature that says “Proud mommy of Jess, Tess, Fess, Les, Bess, and our weenie dogs Frank and Furter.”
I  know it seems like we ought to be able to have fun, but remember, you’re trying to enter a very professional business.
Think about what your avatar says about you.
Here are a few I have used. 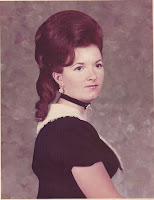 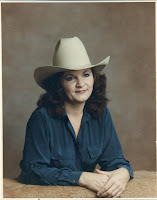 This was for international boobquake.    Something to do with old hairstyles.  Hat day!!! 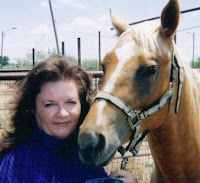 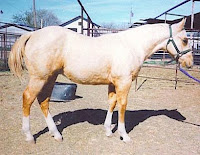 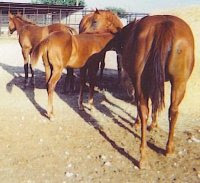 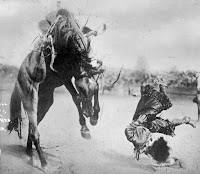 And the rest are me with Otoes Gold because I miss him. Next is Otoes Gold as a yearling. The horse butts are kind of self-explanatory, but I put them up when I’m in a foul mood and being a horse’s ass. Bonnie McCarroll was a famous lady bronc rider and I love this picture of her because I admire her and I used to ride bucking horses. The last picture is of Ryonstone Cowgirl, who was supposed to be my barrel horse. Beautiful mare we raised out of Five Of Cash, another of our mares. I’ll go back to the bucking horse avatar soon.

Here are a few that are solid brand name avatars. You instantly recognize them and don’t have to wonder who or what they are.
These are graphics that are just fun.
If someone follows me and they have the picture taken with them sitting down rolling their eyes up at the camera, I really want to barf. Princess Diana did it well, 99.9% of other people don’t. It especially doesn’t work when you have your rolled up eyes with what you think is a come hither look and your rolled down boobs with barely covered nipples. You aren’t auditioning for Playboy, you’re trying to present a professional writing image.
Yes, I admit that may be jealousy on my part that the only time I was able to master the rolled up eyes look is after getting bucked off a horse or cow, but trust me on this one.
I know you love your picture of your shaved weenie dog, curled up asleep, but to the rest of the world, it looks like a fetus.
If you’re writing westerns or western romances, you don’t need to run out and buy a cheap straw hat, you know, the ones with the spray painted edges and the rolled up brim so you can wear it and prove you’re a cowgirl writer. Just be yourself. Your roll-your-own hat just makes most of us who do know the west laugh or puke. Neither is a good reaction.
@Kidell is the best example of a “hick-lit” ™ as she calls it, writer. I love her avatars. They are fun, real and professional or funny. Sometimes both!
Here are some women’s avatars I think are well-done using the photo approach.

I think Steve’s avatar is really a good one for a writer. It’s a great shot of his face, it has some interesting features, like the dark glasses and it’s professional looking.

Airborne_Ranger and USNAVYSEALS might be eye candy. I mean isn’t that a good head shot and, of course, the beer is what makes the second shot with USNAVYSEALS.  Actually, they are both just fun to screw around with and have fun personalities. Yeah, personalities, that’s it.

Cartoons or artistic images work also.
Some people are known by their avatars, and people complain when they change them. That’s kind of a good thing. It means people recognize you in the Twitter world.
What image are you putting out for the world?